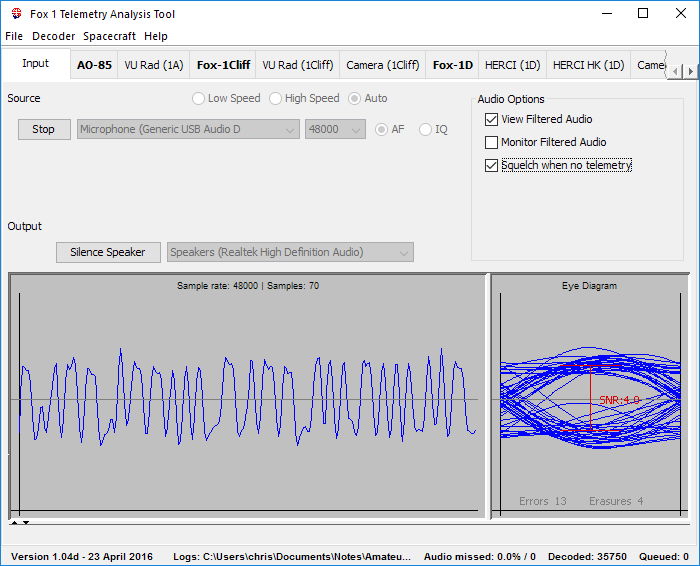 I've been tinkering with electronics and computers since I was a kid. I recently built a satellite ground station to support AMSAT and the Fox-1 series of spacecraft. This rekindled an interest I had from many years ago when my Undergraduate Degree final project was to assemble and automate a ground station for the University of Southampton Department of Electronic Engineering and Computer Science.

I volunteered to help build and launch the AMSAT Fox-1A satellite (now AO-85) and have written FoxTelem, the ground station software to capture and decode the telemetry. It is now also used for Fox-1B / AO-91, Fox-1D / AO-92, Fox-1C / AO-95, AO-107 / HuskySat and AO-109 / Fox-1E. In the future it will decode telemetry from the GOLF-T series of spacecraft.

Based on everything I have learned decoding spacecraft I have written a tutorial about Software Defined Radio pitched at Radio Amateurs, but enjoyable by all aspiring programmers. You can learn how SDR works using my experimental method.

In 2019 AMSAT was 50 years old and to celebrate I embarked on a journey trying to decode the telemetry from 50 amateur spacecraft. It was impossible given my lack of free time and is now a multi year project, with spacecraft decoders being worked on in the background. It will likely never be completed. 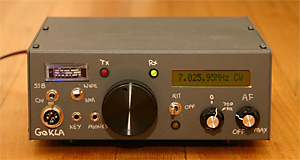 I built a 40m HF Single Sideband Amateur Radio Station from scratch, with a 600W amplifier. I have worked over 100 countries with this homebrew setup. I enjoy building things more than operating, but I do get on the air and use what I have built.

I also have an Elecraft K2, which has been great, but like all things I build it has not been without its issues. I suspect that all problems with the K2 have been self inflicted though and over the years I have worked through most of them. My homemade radio on 40m is still my favorite, but it is really nice to be QRV on all the other bands.

I completed DXCC using the old fashioned paper method to go along with my homemade equipment. There are several posts about it in my blog, like this discussion of what it might take, lots of posts about the amplifier, a note on progress once the amp was working, this post about homebrew split VFOs or this, where I finally get to 100 countries.

In addition to Amateur Radio I have an interest in 3D printing with my homemade MendleMax, Astronomy and exploring underwater with my OpenRov.

I've learnt a lot from books and a lot from the internet. This site is my contribution back.

I was first licensed in the mid 80s as Amateur Radio Station G1XCX in the UK, then a couple of years later as G0KLA after passing the 12 words per minute morse code test. I can still remember that testing session vividly. My hand jittered out the letters from the key, I was so nervous. I'm sure I used all of the corrections that I was allowed.

In 2010 I passed the Amateur Extra Exam in the US and have the callsign AC2CZ. I now live near Montreal, QC and I am working on a Canadian Amateur Radio license.

I'm very open to answering questions about any of my projects. Feel free to contact me on the air or via email: g0kla at arrl dot net